How does CBD interact with folic acid?

Researchers have observed that interaction between folic acid, cannabinoids, and the cannabinoid receptors may lead to an increased and prolonged effect of both THC and anandamide.

A study, published in 2002 in the European Journal of Pharmacology, indicates that folic acid alone does not exhibit any activity in cannabinoid receptor pathways of mice.

However, the researchers found that folic acid, when combined with cannabinoids, showed a significant increase in cannabinoid activity.

There was a reduction in the levels of activities in brain tissues in the presence of folic acid and cannabinoid combinations. This finding suggests that folic acid affects the neurotransmitter pathway of the cannabinoids.

What is Folic Acid?

Vitamin B9, also referred to as folic acid, helps the body produce and maintain new cells. The synthetic form of folate, folic acid is used in supplements and fortified foods.

Folic acid is used to remedy folic acid deficiency and certain types of anemia caused by Vitamin B9 deficiency. Folate may also help cells resist changes in their DNA associated with the development of cancer.

In a study of several relevant randomized clinical trials, the results indicate that folic acid supplementation did not affect colorectal cancer risk.

According to a review published in the Journal of the American College of Cardiology, hypertensive patients may benefit from folic acid supplements.

Yong Huo, MD, the study’s senior author and director of the Heart Center of Peking University First Hospital in China, said that if confirmed, these results have enormous health implications given the high rates of stroke in many developing countries.

However, despite the benefits, folic acid also brings about some side effects, such as:

Folic acid is one of the essential B vitamins to take during pregnancy. It is responsible for helping the body produce red blood cells that are important for both the mother and the growing baby.

According to the FDA, folic acid is not harmful to an unborn baby, and the mother’s dose may even increase while pregnant. A pregnant woman’s dose needs may also be different if she is breastfeeding. The FDA advises women to ask their doctor about taking folic acid if they are nursing their babies.

Meanwhile, the CDC also promotes the use of folic acid, saying that this vitamin is essential before and during pregnancy.

Folic acid helps form the neural tube during the early development of the fetus. Thus, folic acid can help prevent some significant congenital abnormalities of the baby’s brain (anencephaly) and spine (spina bifida).

The CDC’s recommendation to all women of reproductive age is to take 400 micrograms of folic acid daily, in addition to consuming a variety of foods rich in folate.

The CDC lists the following benefits of consuming Vitamin B9 before and during pregnancy.

The CDC recommends consultation with a healthcare provider before starting a folic acid regimen.

A myriad of non-scientific anecdotal evidence abounds on the internet touting the benefits of CBD as a natural alternative to pharmaceuticals used to treat a variety of discomforts and illnesses.

However, according to Dr. J Hampton Atkinson, co-director of the Center for Medical Cannabis Research (CMCR) at the University of California in San Diego,

There is a great deal of interest in the possible therapeutic effects of CBD, but there is very little evidence of efficacy.

CBD may have health benefits, but the limited research available means there is not enough evidence to support most of the anecdotal claims. Similarly, the lack of analysis also means the potential health risks of consuming CBD remain unsubstantiated.

Now that cannabis is enjoying a  renewed interest from the research community, science is gaining a deeper understanding and more detailed perspective on this popular and fascinating plant.

According to ClinicalTrials.gov, an online clinical trial registry run by the United States National Library of Medicine at the National Institutes of Health, revealed that there are at least 150 trials in progress that are testing CBD as a treatment for several health issues. The medical conditions that CBD was being tested for include schizophrenia, autism, skin conditions, and alcoholism.

Meanwhile, the Center for Medicinal Cannabis Research (CMCR) is conducting rigorous studies, exploring CBD for its potential to treat schizophrenia and autism.

Recent interest in cannabinoid receptors has prompted the investigation into the physiochemical responses to their activation.

In the study, the cannabinoid pathways in the body systems of adult male mice were investigated using several combinations based on folic acid response.

Various tests showed that the combination of folic acid with either anandamide or THC  intensifies the effects of the cannabinoid.

Levels of activities in the brain tissue also showed a marked reduction after the addition of folic acid to either anandamide or THC, in comparison to the cannabinoid alone.

Also, the addition of folic acid and THC resulted in a substantial increase of THC binding in the cortex, as well as significant increases in all other areas of the brain when compared to THC alone.

This action indicates that folic acid is indeed affecting the neurotransmitter pathways of the cannabinoids by potentially acting with a third cannabinoid receptor.

Cannabis aggravates the constriction of the blood vessels. Case studies have emphasized instances of healthy, young people who developed clots in the lungs after prolonged intake of cannabis (through vaping or smoking) and increased levels of homocysteine.

Homocysteine is an inflammatory substance. An increased level of concentration of homocysteine in the body causes problems in the cardiovascular system.

Effects of Cannabinoids and Folic Acid in Pregnancy

As the use of cannabis continues to gain social acceptance, pregnant women and their medical providers could benefit from health education on potential adverse effects of cannabis use during pregnancy.

It is best that women who take folic acid as supplements be informed of how this vitamin interacts with CBD.

Results of a study show that cannabinoid receptors impact the folic acid uptake of the placental cells.

In another study, researchers found that the maternal to fetal transfer of folic acid that occurs from one cell to another is a pathway that cannabinoids can disrupt.

Folic acid is critical to the development of the embryo. However, since the body cannot synthesize this vitamin, women are encouraged to take folic acid supplements during pregnancy.

CBD Should Be Avoided During Pregnancy

Studies show that the use of cannabis during pregnancy may increase the risk of adverse outcomes for women and their babies.

What the FDA Says

There has been no comprehensive and longitudinal research investigating the effects of CBD on the developing fetus, expectant mother, or breastfeeding infant.

The Food and Drug Administration (FDA) continues to gather and analyze the data on the possible damaging effects of CBD use when pregnant and while breastfeeding.

However, based on the information from previous research, there is a significant cause for apprehension. The FDA says that,

Based on published animal research, there are also concerns that the use of cannabis during pregnancy may negatively impact fetal brain development.

In a study done on pregnant mice, researchers found that high doses of CBD have resulted in problems with the reproductive system of developing male fetuses.

The FDA adds that, based on what they already know about CBD, they expect that some amount of CBD may be transferred to babies through breast milk.

The agency warns that there is a potential for CBD products to carry contaminants that may be dangerous to the fetus or breastfed baby, including THC.

The FDA has also heard reports of CBD being potentially contaminated with heavy metals, pesticides, fungi, and bacteria, and they are investigating these reports.

Generally, based on clinical studies in humans, CBD has known risks for people. These risks can include harmful interactions with other drugs, liver toxicity or damage, extreme sleepiness.

What the AAP Says

In August this year, the American Academy of Pediatrics (AAP) made public its first guidelines on marijuana use for pregnant and breastfeeding women, highlighting the implications for neonatal and childhood outcomes.

The new recommendations are based on an analysis of the existing research on how marijuana affects pregnancy, breastfeeding, and childhood development. The report also discusses some questions that may be relevant to expectant parents.

Like many other substances, CBD probably should be avoided in pregnancy, as Dr. Atkinson of CMCR asserted. Given that the commercial cannabis market is mostly unregulated, consumers would find it nearly impossible to know what they are getting in terms of dosage, purity, or content of the product.

Dr. Atkinson added that in studies done by the state of California, it appears that there is a prevalence of product mislabeling. Manufacturers usually overstate the dose or percentage of CBD or THC in their products.

There is a need for longitudinal scientific observation, especially on human subjects.  At this time, the research community has only begun to pursue an experimental inquiry into the discrete effects of a wide variety of cannabinoids. Still, many researchers believe the potential benefits of CBD are promising.

Cannabinoids can affect implantation, the attachment of the fertilized egg to the uterine wall, through the following:

Folic acid is generally safe and recommended by doctors for women to address certain health issues.

Meanwhile, many people have reported benefiting from CBD use, and more research is done to validate its efficacy.

However, using folic acid and CBD, in combination, brings about adverse side effects.

Experts advise people, especially women who are pregnant or contemplating pregnancy, to consult with their doctor before starting to use folic acid or CBD.

Susan is a young mother and writer, passionate about cooking and blogging. She makes CBD-infused foods, like cookies and candies, to help her cope with anxiety and perform her daily tasks better. 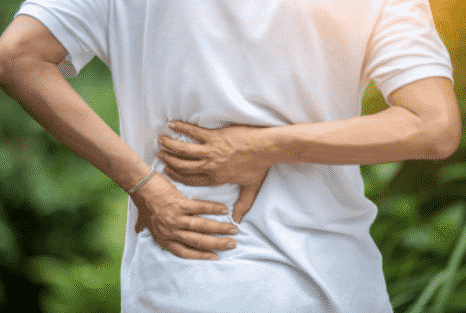 Susan is a young mother and writer, passionate about cooking and blogging. She makes CBD-infused foods, like cookies and candies, to help her cope with anxiety and perform her daily tasks better.